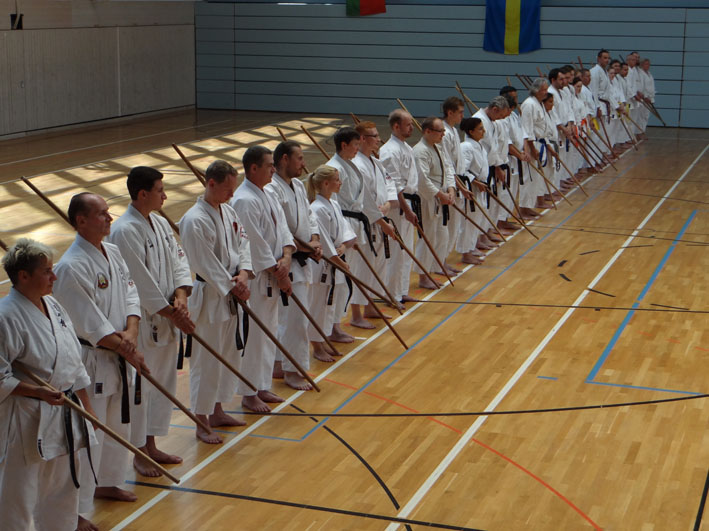 The temperature outside was at Okinawan-like 36°C – European participants hailing from Sweden to Spain – concentrated and companionable training – parties in the evening: that was our Tesshinkan Europe-Gasshuku in 2013.

From July 25th to 28th a huge group of 42 people, coming from Sweden, the Ukraine, Belarus, Russia, Spain, Japan and Germany, had been meeting in Nordhausen, Germany, to train both Ryûkyû Kobudô and Shôrin Ryû Karate under the watchful eyes of the head of the Tesshinkan Kyôkai, Tamayose Hidemi (9th Dan).

By the Tesshinkan-Cup there were quite a lot of participants in the category “students” this year.
-> Results of the Europe Cup 2013

On Sunday morning the DAN-examinations yielded as good results as the subsequently held KYÛ-tests. All examinees had what it took to go another step ahead. These are the reults:

Every evening we met for a relaxed get-together in the Dôjô of the Karate-Do-Kwai Nordhausen, whose members tried everything to host their guests at a high level. A particular spectacle was the bag-pipe performance by Kevin Pojtinger.

Thank you very much, Sensei Tamayose, for teaching us indefatigably. We also thank Frank Pelny and his team for the ambient provided and all the organising work.
The Gasshuku 2014 will take place from July 24th to 27th. Simultaneously, there will be the official celebration on occasion of the 15th anniversary of the foundation of the Tesshinkan Kyôkai. 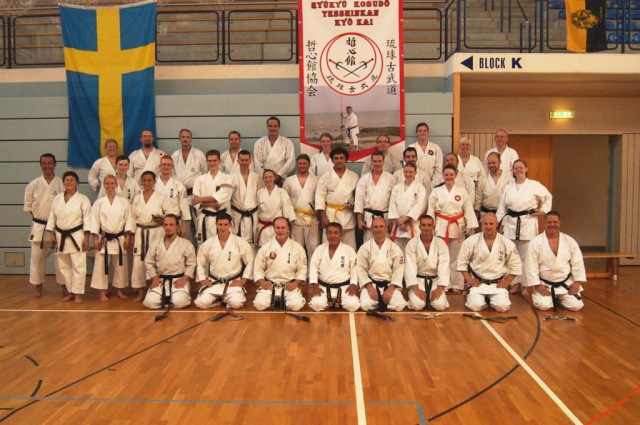 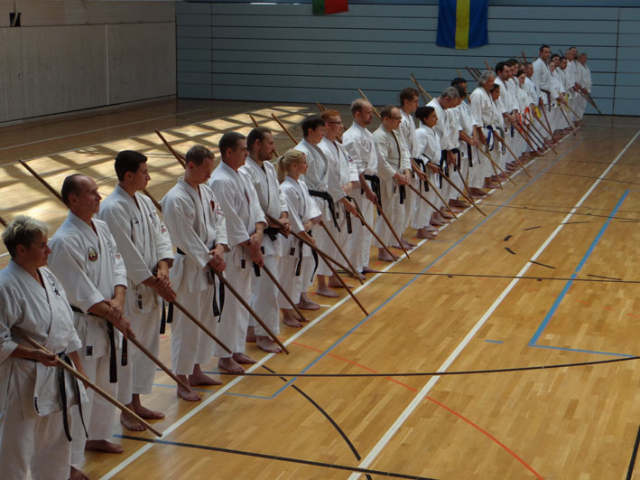 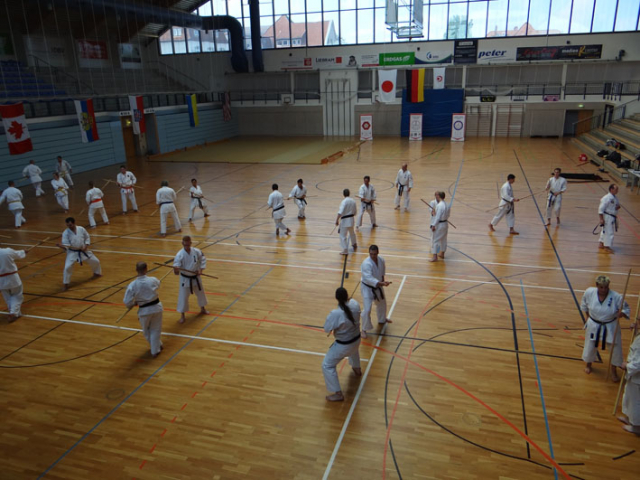 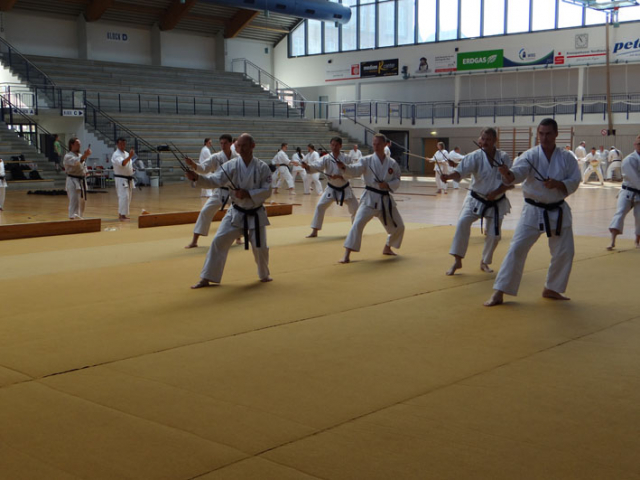 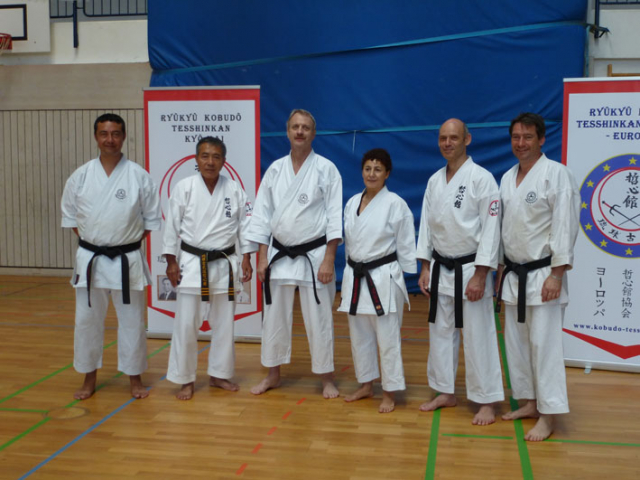 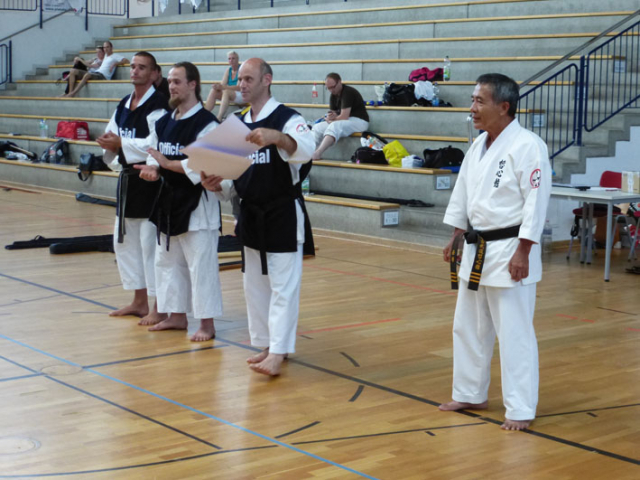 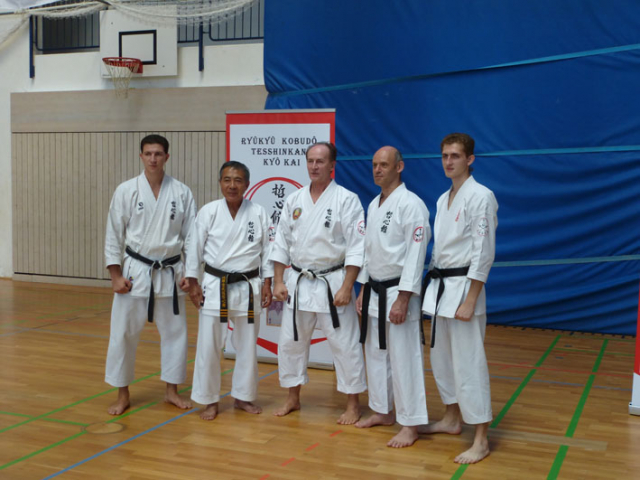 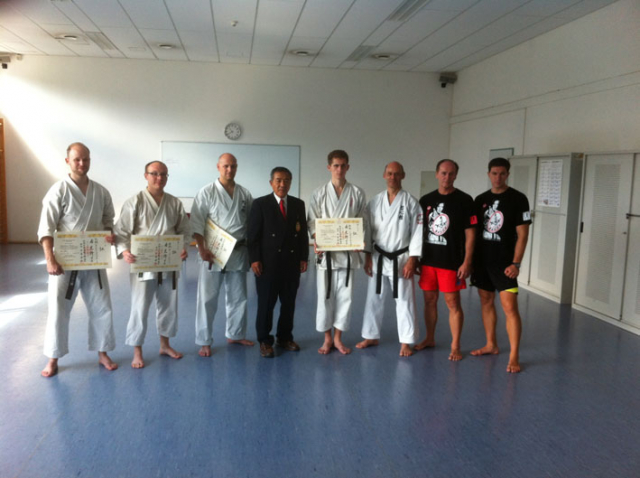 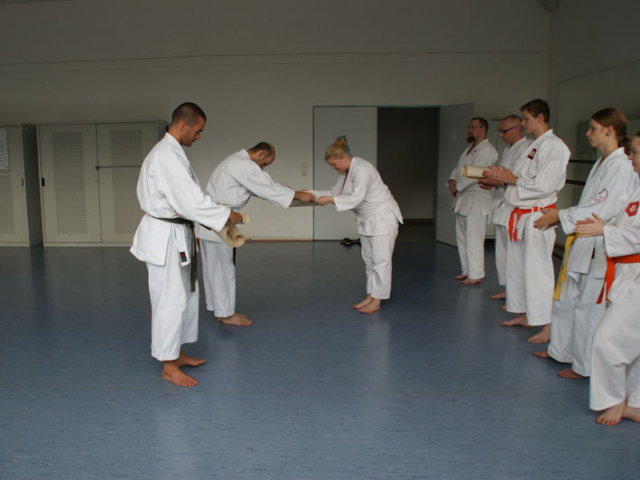 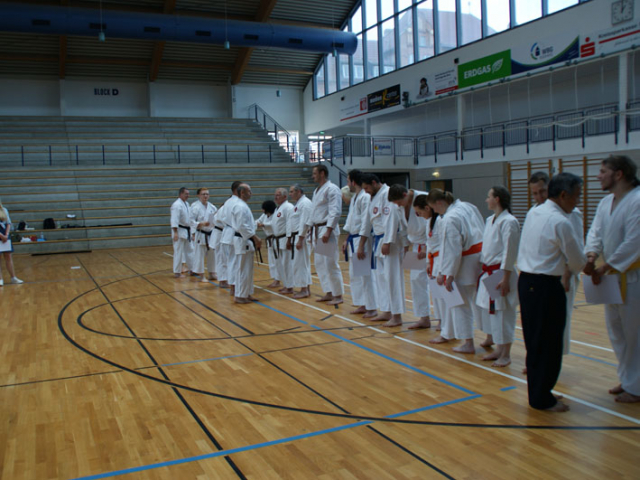 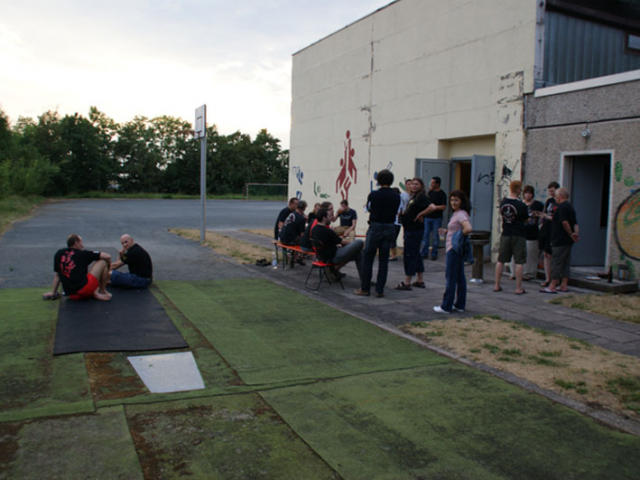 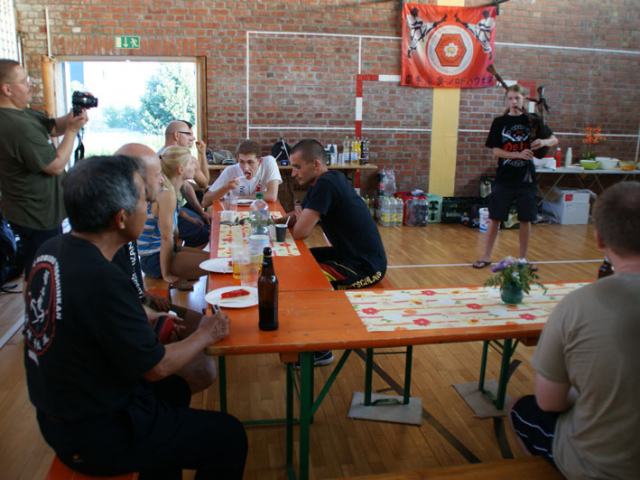