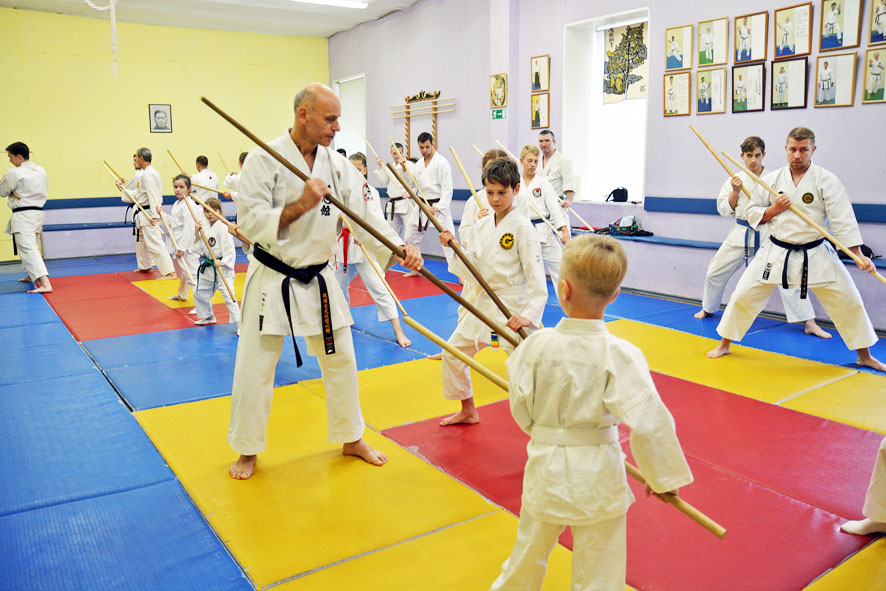 From October 14th to 17th 2019, the 5th seminar with Frank Pelny in Voronezh was hosted. Participants from different cities gathered in the “Aquamarin“ gym to practice Ryukyu Kobudo and Shotokan Karate under the watchful eyes of Sensei. The main focus points were Bo, Sai and Tunfa as well as the Karate-Kata Jitte and Hangetsu.

The examinations were also held, of course, and we can happily say that all the examinees have successfully passed their tests. The youngest participant – Gleb Kiselev (8 years old) – got the 5th Kyu and Evgenii Knyazev got the black belt of Tesshinkan. Although in the middle of October, the weather was summer-like and the participants highly motivated. Host Evgenii Kiselev (2nd Dan) of the Takemitsu-Dojo in Semiluki did a perfect job organizing the event. Thank you very much!

From October 18th to 20th, Frank Pelny, Shibu-Cho for the European branch of the Ryukyu Kobudo Tesshinkan, was inivited to teach and lead the now 13th international seminar in Tomsk/Siberia. As every year, when he arrived, the first snow began to fall. 65 participants from 8 cities (Tomsk, Kemerowo, Anzhero Sudhensk, Biysk, Urga, Taiga, Yashkino and Nordhausen (Germany) travelled to Tomsk to practice Ryukyu Kobudo, Karate basics and SaCO self-defense. This year, 30 enthusiasts competed at the 13th Siberia Cup. Vladislav Rogozin could finally claim victory. Afterwards, Kyu-examinations took place and only one examinee did not meet the criteria.

The Russian TV channel Russia 1, Tomsk region, were present with a team as well to broadcast from this event. During the seminar, Frank Pelny presented the seminar host Vyacheslav Rogozin (5th Dan) with a dojo licence from Okinawa issued by Tamayose Sensei himself. Thus, Rogozin Sensei is now officially recognized to teach Ryukyu Kobudo Tesshinkan. He is the first Russian to have ever received this certification by Tamayose Kaicho. The temperatures had already dropped below -10°C, when Frank Pelny said his farewell and promissed to return in 2020. We thank Rogozin Sensei for the perfect job he did organizing and hosting the seminar. 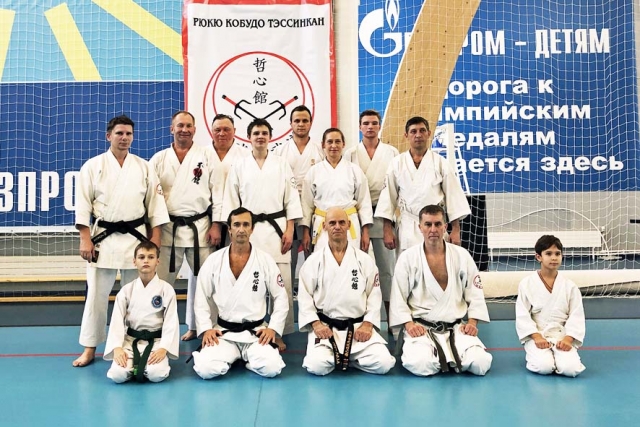 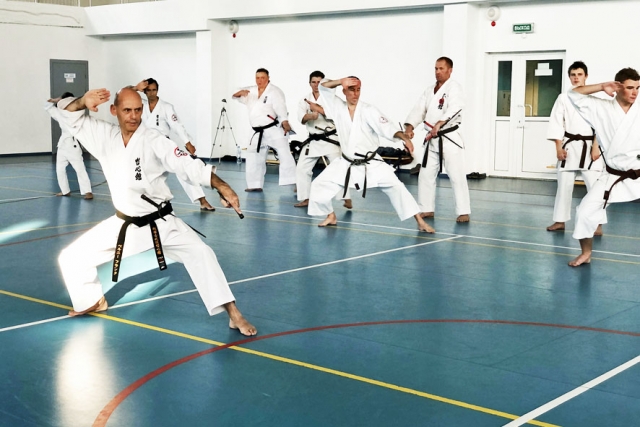 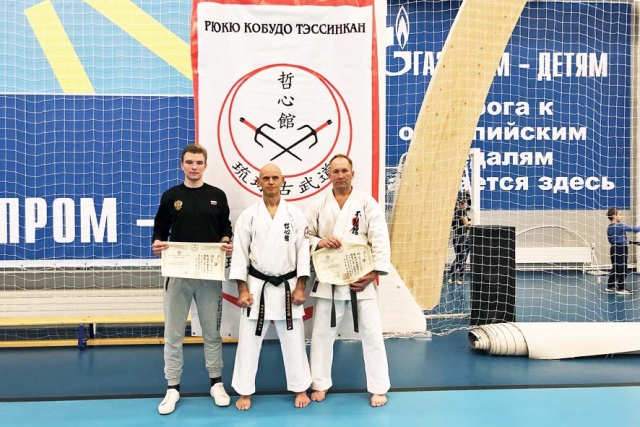 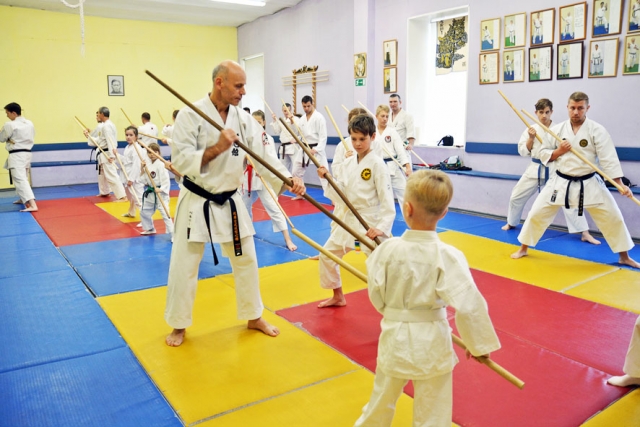 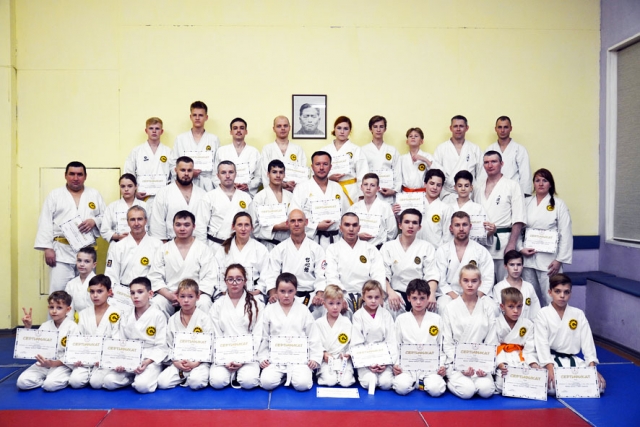 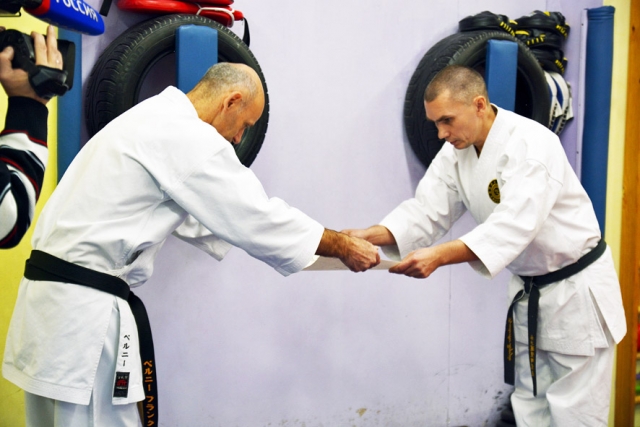 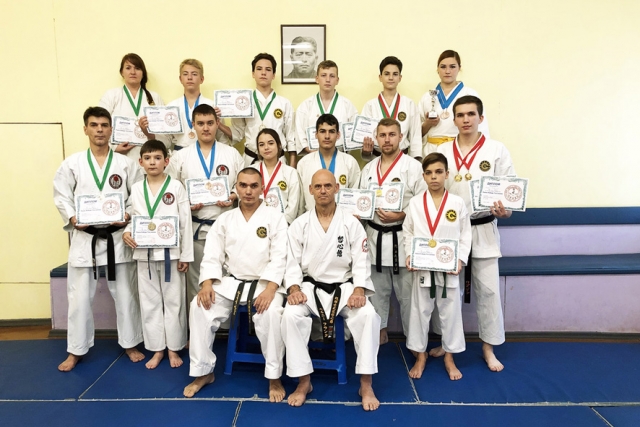 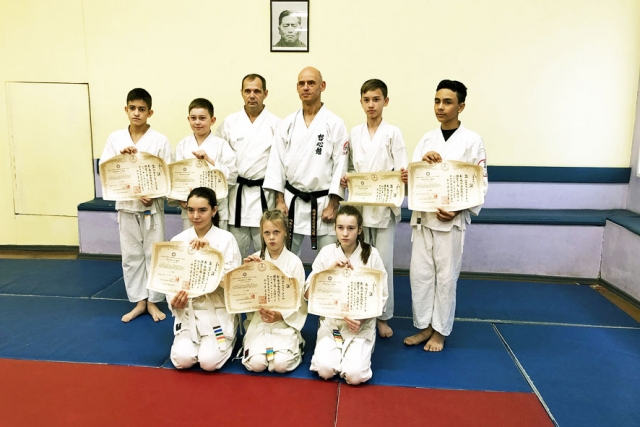 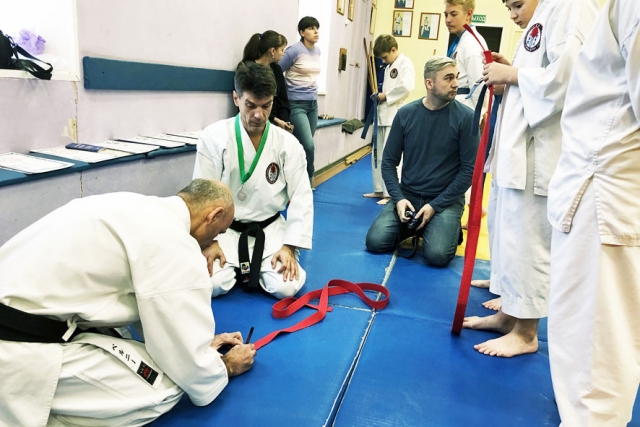