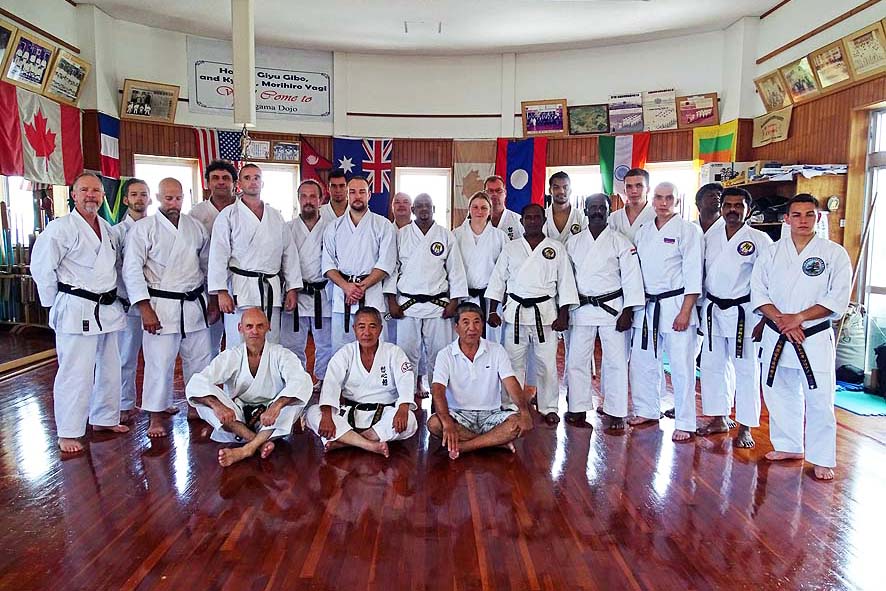 From July 26 to August 11, a delegation of the German chapter of the Ryûkyû Kobudô Tesshinkan Kyô Kai travelled to Okinawa to train with Tamayose Sensei. The German group consisted of:

For some it was the tenth, for others it was the first time they journeyed to Okinawa. For everyone, however, it certainly was the highlight of 2018.

One day after our arrival, we met with Tamayose Sensei in Chinen – a village close the Seifa Utaki – to train. There we also met up with our American friends such as Don Shapland Sensei from Canada and Brian Ash from the USA, who have already arrived earlier. Chris Prince, whom some of us had already met back in 2015 at the Kobudô World Tournament, was among the American entourage as well. However, we also got the chance to meet new faces such as Paul Sexton. But that’s not all. A few days later our Siberian friends from Tomsk, Vyacheslav and Vladislav Rogozin, dropped in, too.

The training focused mainly on the upcoming Karate and Kobudô World Tournament – yet there’s always time for Bô-no-Kihon.

On the third day of training, Tamayose Sensei led us to the Dôjô of Gibo Giyo Sensei (10th Dan Shôrin-Ryû Shôrinkan). To our surprise, we were not alone but shared the space with a group from India (Shôrinkan) and from France (Matayoshi-Ryû). This last practice before the tournament was considered the dress rehearsel which gave us also the chance to get a glance at some of our soon-to-be opponents. This joint training gave us a good opportunity for interesting chats with our European neighbours.

Next was the tournament. To make it brief: Sebastian, Martin, Michaela and Hagen competed in the category SAI ADULT I and prevailed the preliminary rounds. During the main tournament, they competed with, among others, Okinawans who made up a quarter of all competitors. Everyone managed to pass the round of sixteen and enter the quarter-finals. In the quarter-finals Sebastian faced the soon-to-be vice-champion. It became even worse for Martin and Hagen. Both have been friends for many years and shared a room – and a stage during the quarter-finals. However, Hagen emerged victoriously. Still, there was no reason for Martin to be sad, since he triumphed over one of the Okinawans in the previous round. Michaela, in the female division, also made to semi-finals showing strong and powerful Kata. The semi-finals were, however, to be held the next day. Michaela, unfortunately, was stopped there by her Japanese rivals. Yet still, she had won several rounds and achieved a fourth place – which is something we can be proud of. Hagen competed against yet another Okinawan in the semi-finals – victoriously and clearly. What could possibly stand between him and another victory? Four hours. Four hours during which one could wreck one’s nerves. Four hours during which one could become tired. Four hours of heat. A lot of things can happen within four hours. In the finals, Hagen competed against another Okinawan, this time a student of the Bunbukan. Both showed the same Kata: Hamahiga-no-Sai. Although the Tesshinkan and Bunbukan trace their lineages back to Taira Shinken, both schools are remarkably different. In the end, there was a difference of one flag in favour of Hagen. What a relief – the tournament was over and the internal pressure to not perform worse than in 2015 was gone. Tamayose Sensei was visibly moved and reliefed.

The next two days were devoted to the seminars traditionally held after the huge tournaments. However, one thing was still left to be done. After the seminars, Hagen and Martin called a cab to visit Tamayose Sensei and his son Tamayose Tetsushi Sensei. As the sun sank, a golden hue lingered in the Tesshinkan Honbu Dôjô, it was quiet. Tamayose Sensei entered his Dôjô in formal attire. “You may start“ said he. Martin and Hagen tested for Nidan and Yondan in Shôrin-Ryû Tesshinkan, respectively. We are fortunate to announce that both succesfully passed their examinations with good results.

Yet, there is more! Frank Pelny, the technical director of the Tesshinkan Europe was now officially made Shibu-Chô of Europe. Yet there is more! After a technical eximantion and consideration and evaluation of everything that Frank Pelny has done for the Tesshinkan worldwide, Frank has been awarded a Shihan Menkyô. Next to Don Shapland Sensei from Canada, he is the second to be awarded this honour. 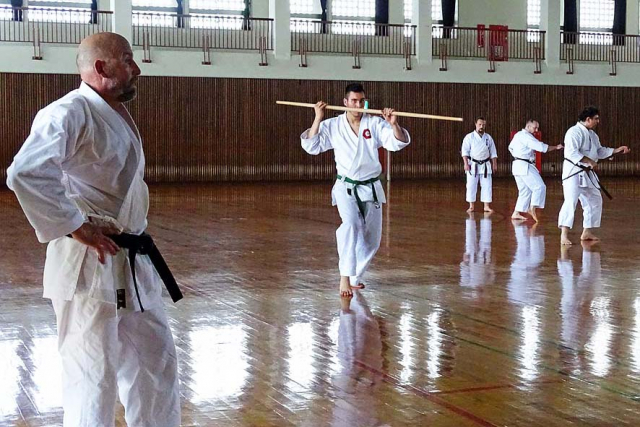 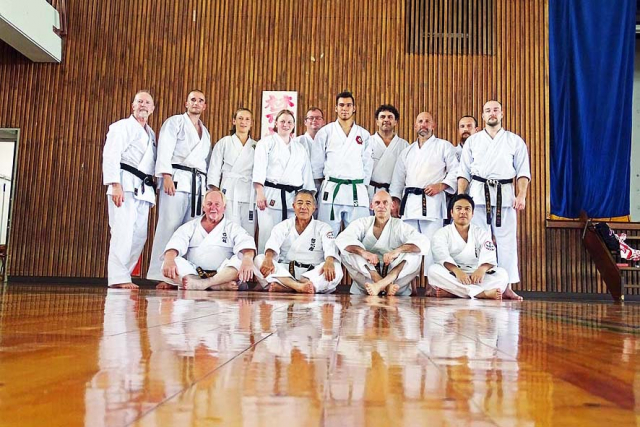 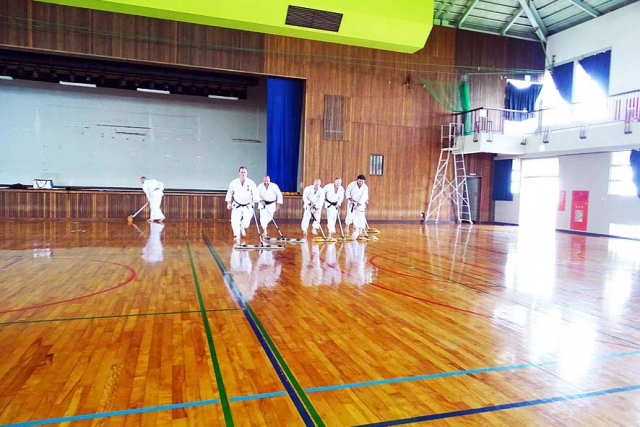 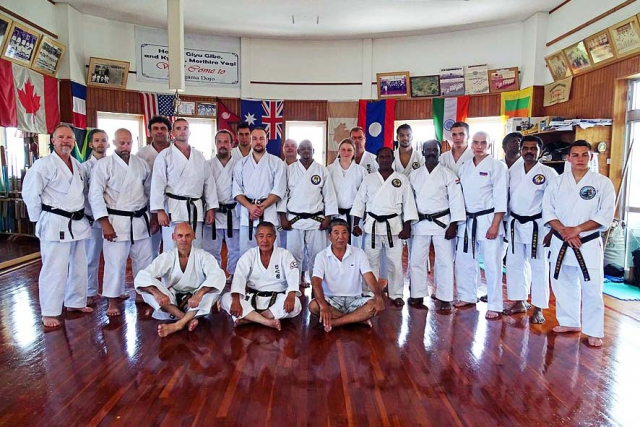 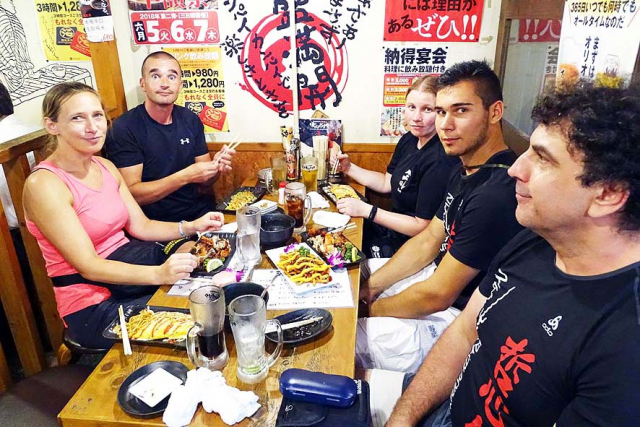 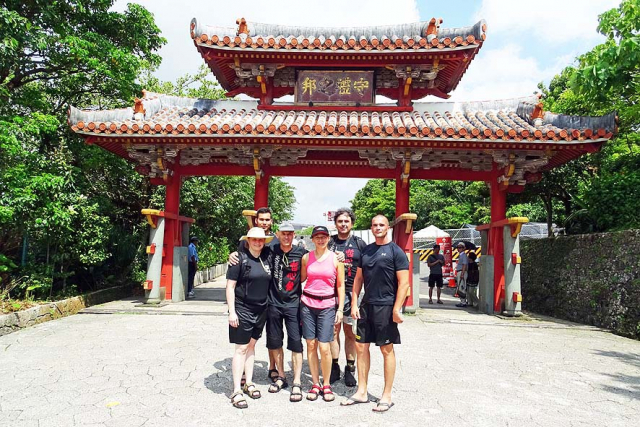 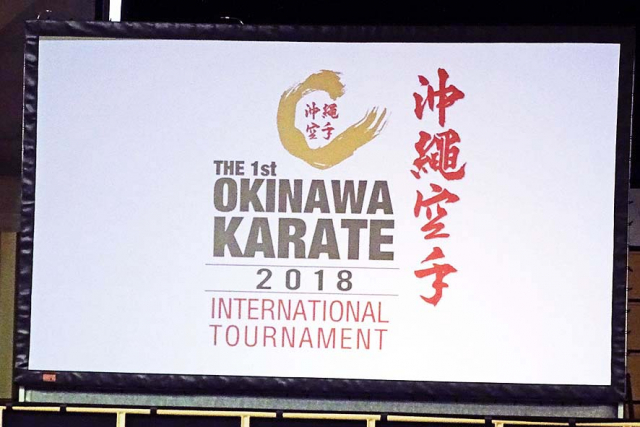 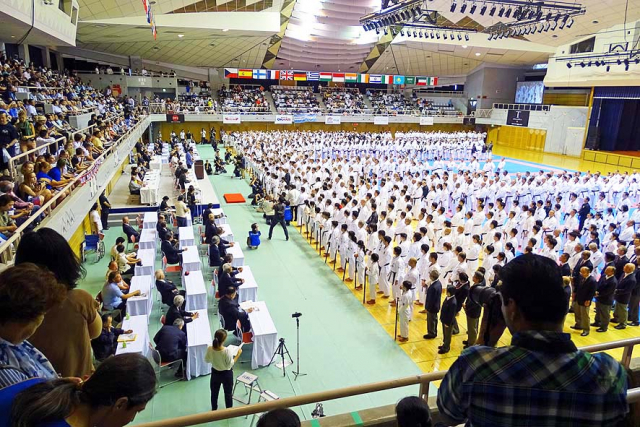 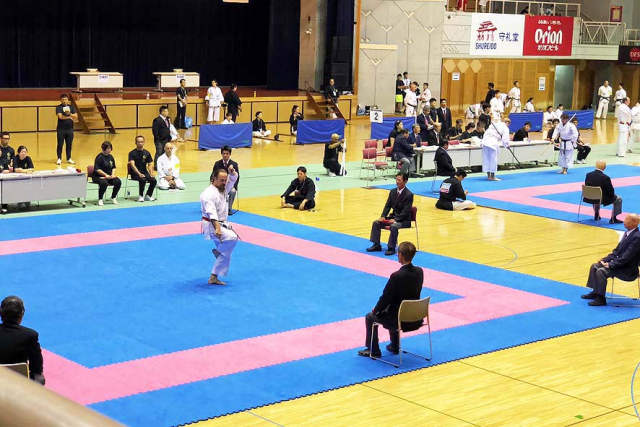 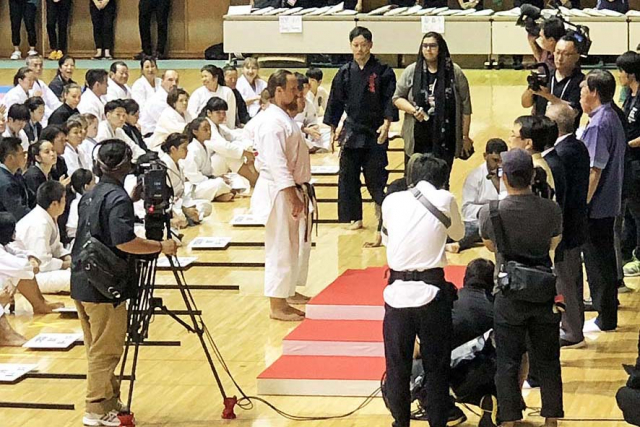 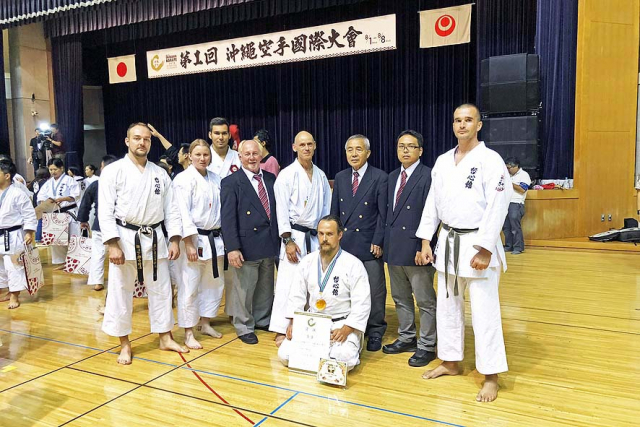 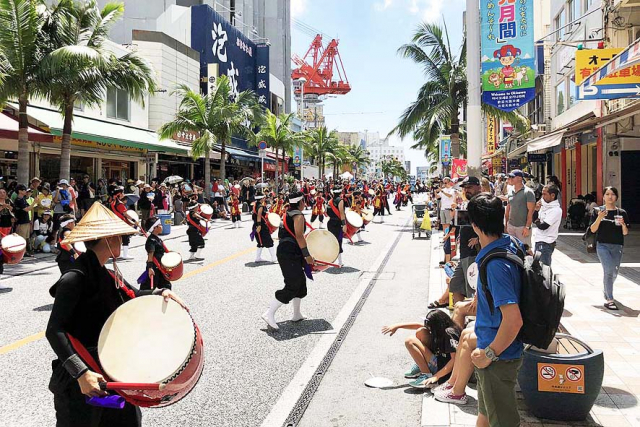 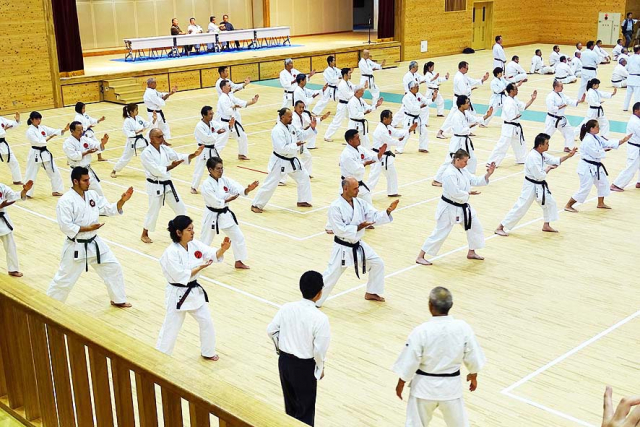 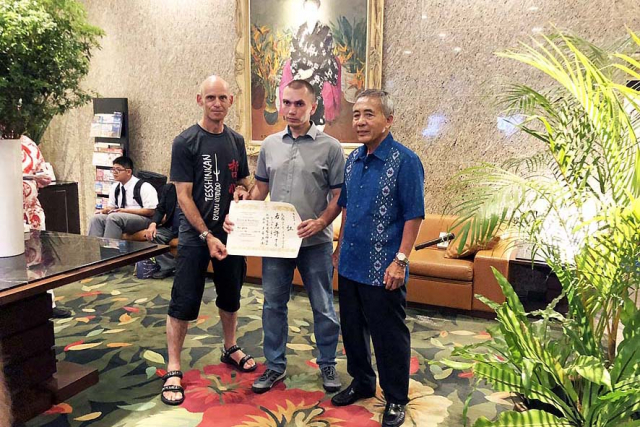 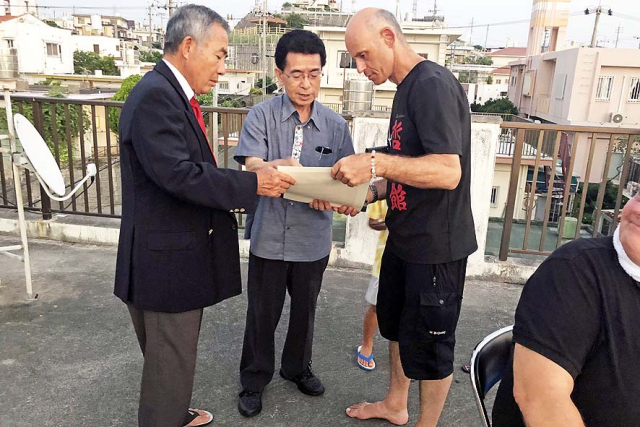