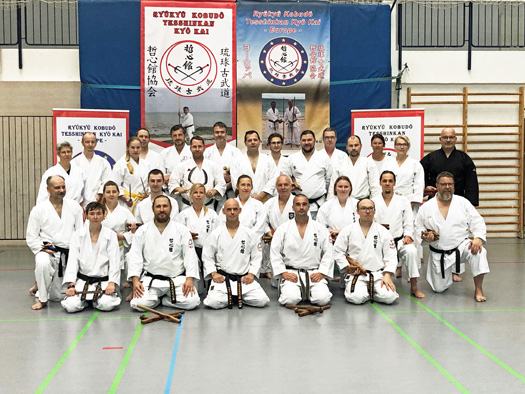 When we planned the seminar, guests from Greece, Sri Lanka, Russia, Austria, Great Britain and Japan announced their participation – yet, due to the virus, only guests from Germany could join our seminar. However, 37 participants isn’t that bad under the current circumstances.

During the opening ceremony, the organizing club “Karate-Do-Kwai Nordhausen e.V.” represented by its president Frank Pelny were awarded with a badge of honour for their contribution to the development of sport in the county, by the district chief executive Matthias Jendricke. It was only the third time that this badge of honour was awarded.

Tamayose Kaichô extended his best wishes through the Shibu Chô of Europe, Frank Pelny Shihan, and advised all participant to make their health priority number one.

During the opening ceremony, Pelny Shihan announced the focus of this seminar putting more emphasis on the principles of Okinawan Karate: Gamaku (hip support), Muchimi (whip-like techniques) and Chinkuchi (Kime). Thus, with the recent lock-downs in mind, the emphasis was put on the fundamentals. How does the hip support certain techniques? How are two techniques strung together? How does one move biomechanically correct?

Due to the current Corona situation, the 15th Internatial Tesshinkan Europe Cup, admittedly, turned into a German Championship rather. Here are the results:

Saturday evening, the examinations took place. All in all, three testees passed Shodan, one Nidan and one Sandan. Furthermore, each a student grade test for green and orange were conducted and passed.

During the daily meeting in evenings at the Dôjô of the Karate-Do-Kwai, something special happened. Friday evening, Heike, Pelny Shihan’s wife, invited the participants to magic show. One hour of magic tricks by a professional magician really captivated the attending crowd.
This year, Pelny Shihan will celebrate a special birthday and, thus, invited everyone for a toast to everyone’s health. Having been a former paratrooper officer, a bottle of vodka in the shape of a Kalashnikov provided the toasting material.

The seminar lasted four days, but they passed too fast. An interesting and harmonic seminar and overall great highlight in the midst of the pandemic. We would like to thank Pelny Shihan and his dilligent team. The next Gasshuku in Nordhausen will take place in Nordhausen from July 29th until August 1st. If the circumstances allow it, Tamayose Sensei will join us again. 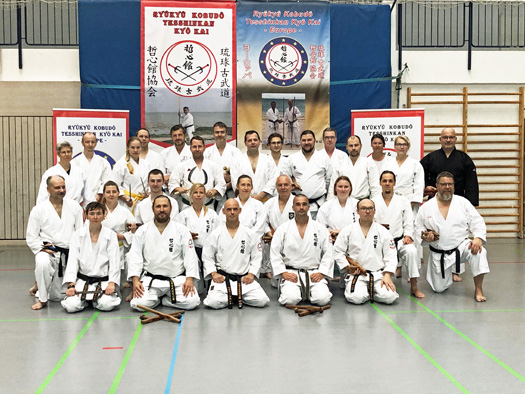 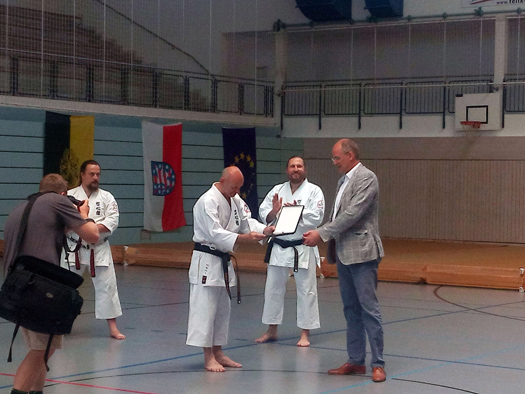 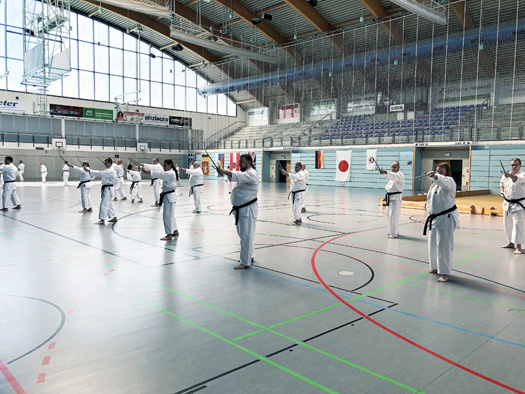 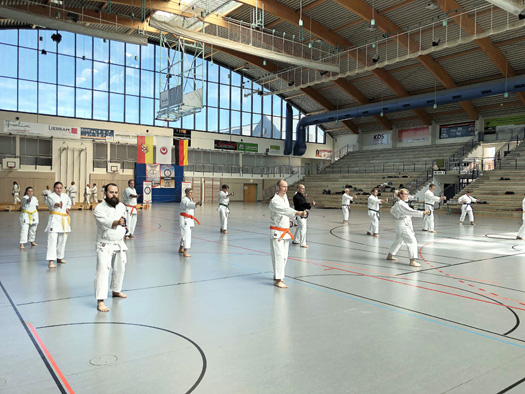 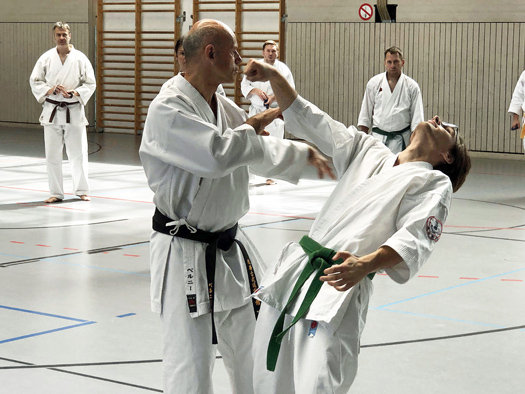 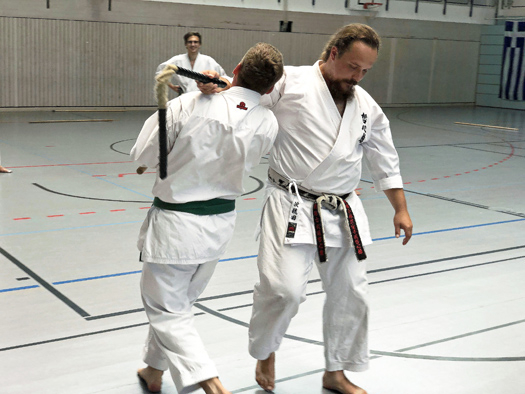 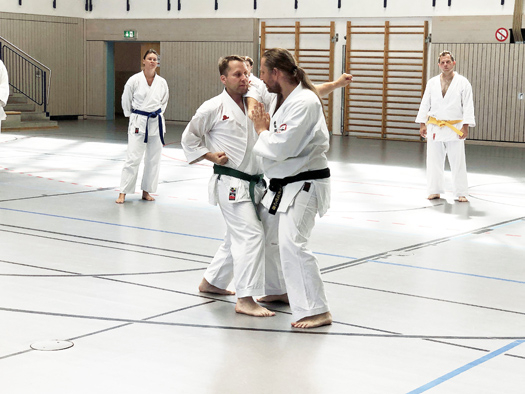 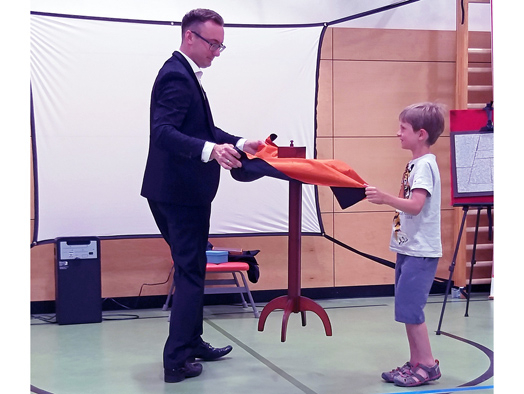 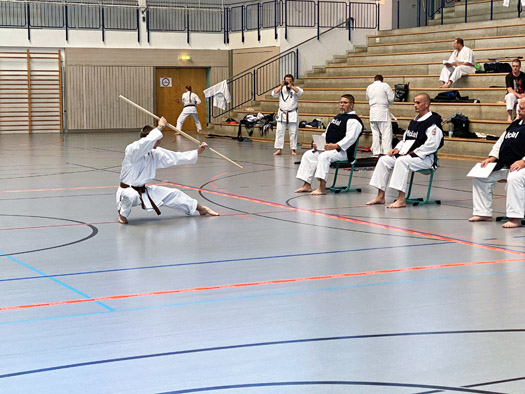 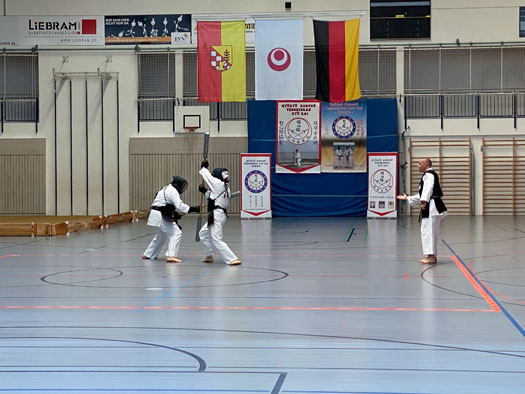 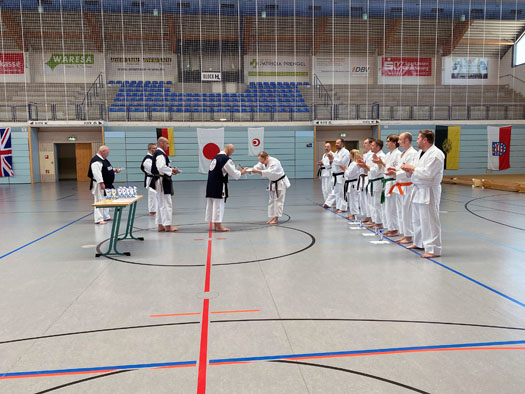 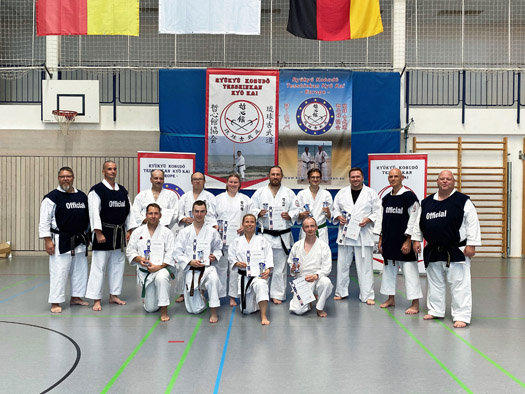 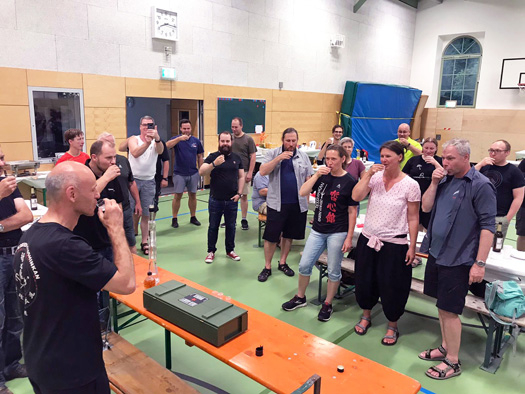 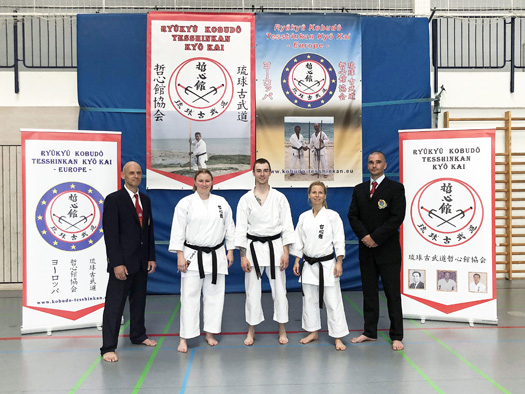 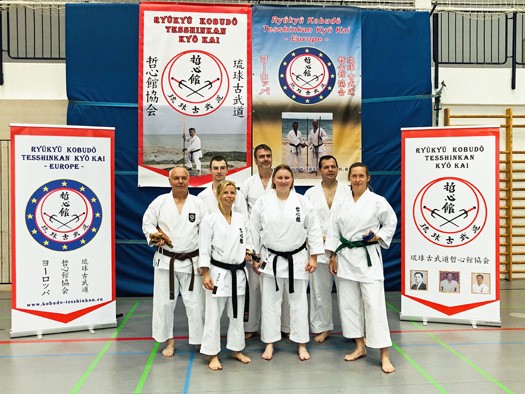