From July 17th until 19th, the Tesshinkan community met again in Nordhausen to participate in the annual Europe Gasshuku. Almost 50 enthusiasts from Germany and Russia trained intensively together for three days. Especially the Russian participants have taken extremely arduous and straining journeys upon them. One team, headed by Vyacheslav Rogozin, has even come from Tomsk in Siberia, another group coming from Kaliningrad and Voronezh travelled the entire way by car. 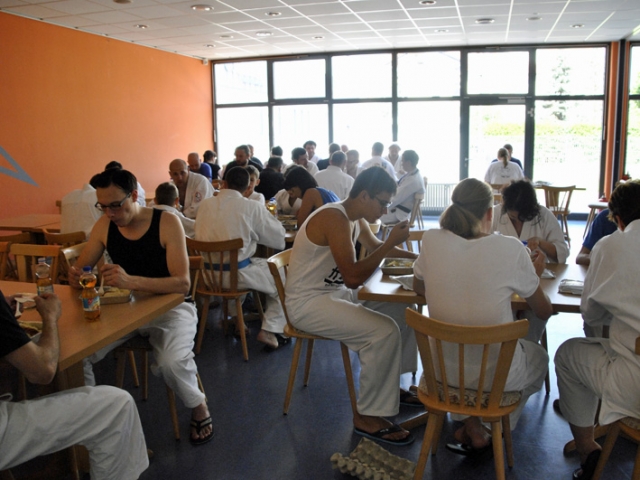 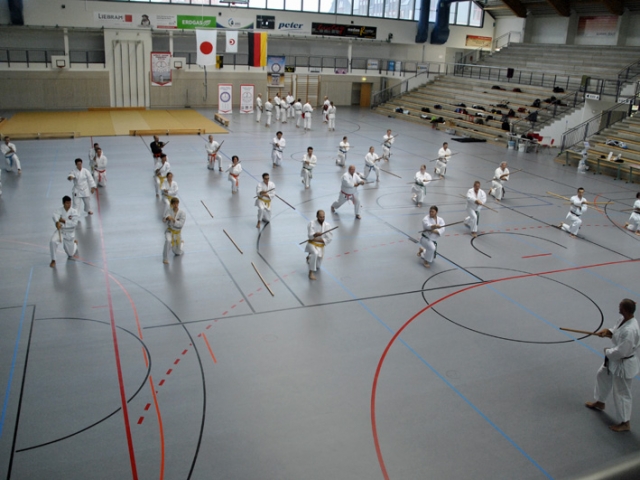 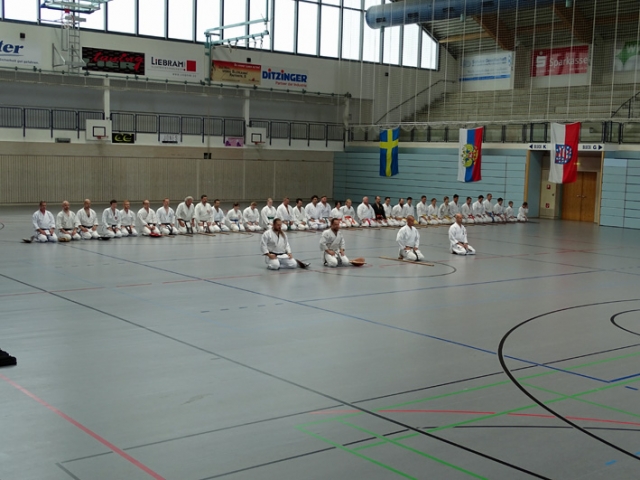 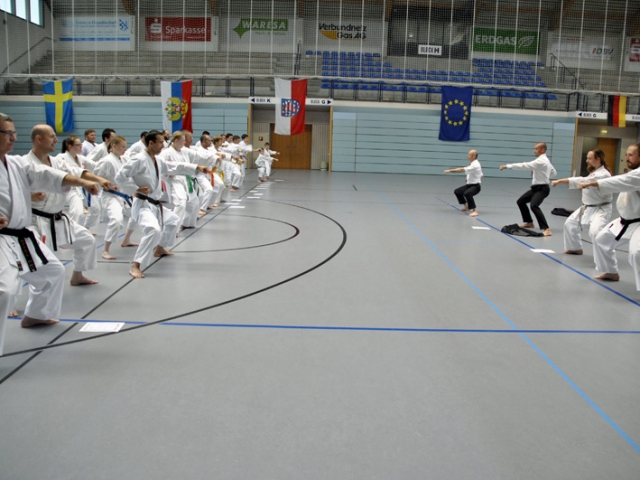 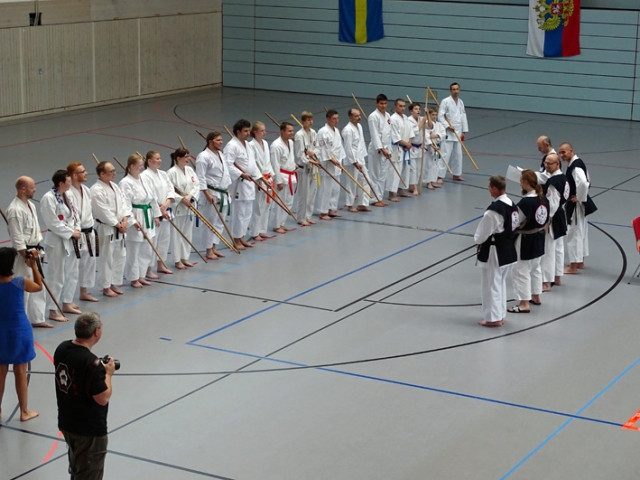 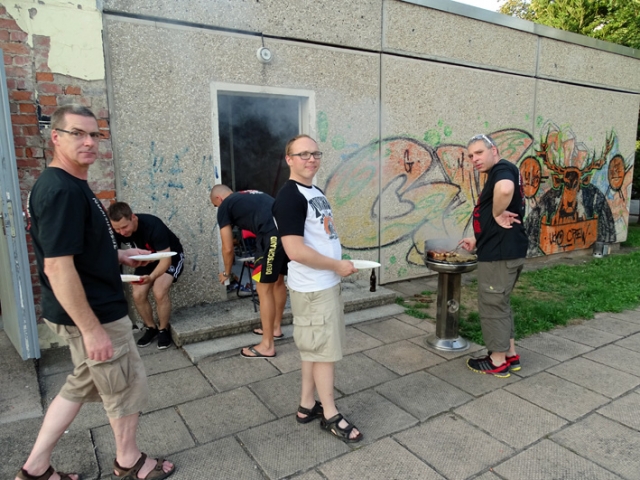 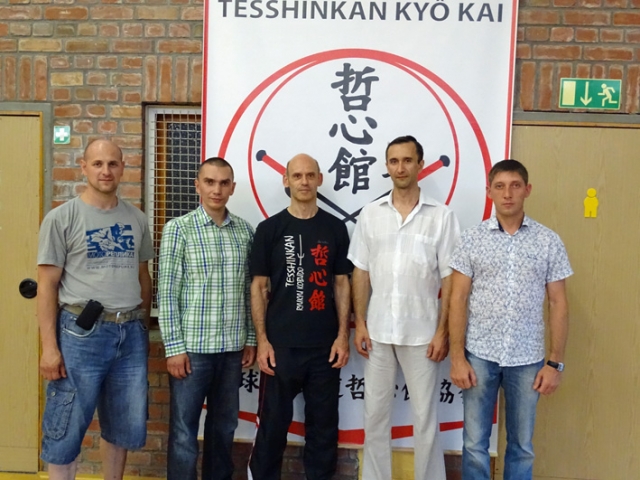 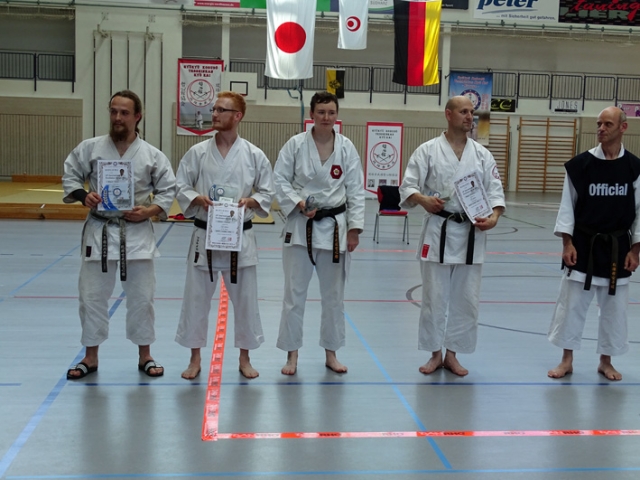 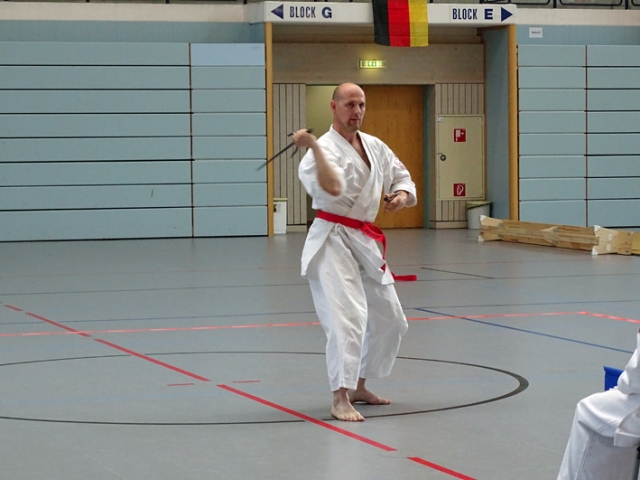 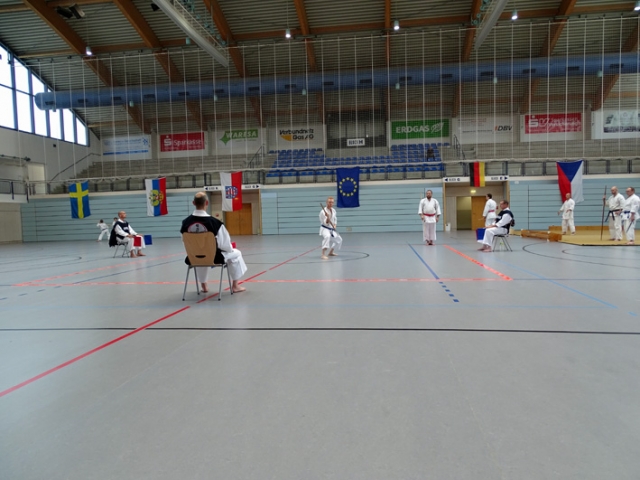 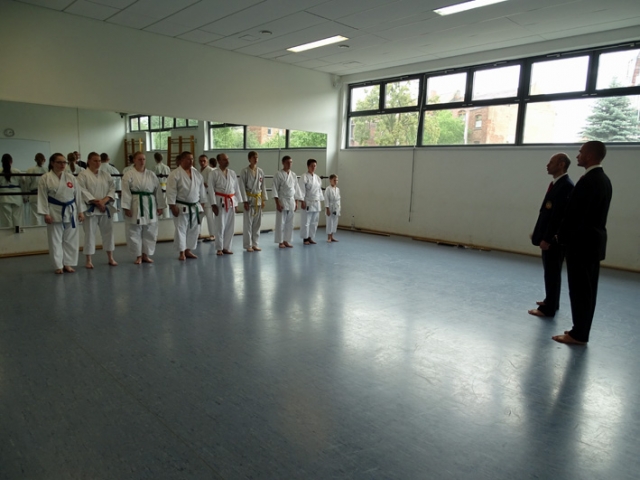 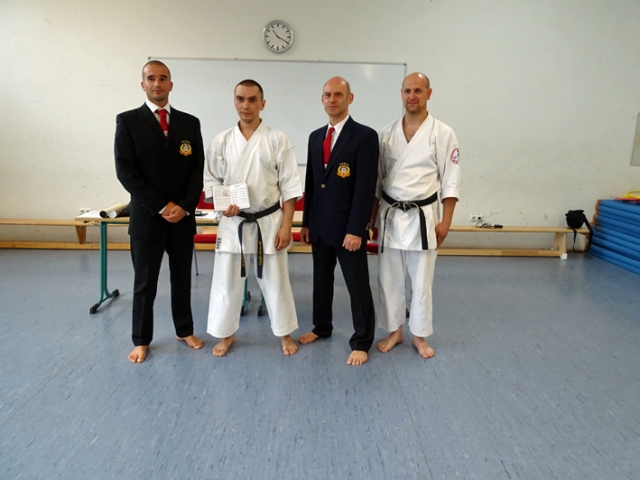 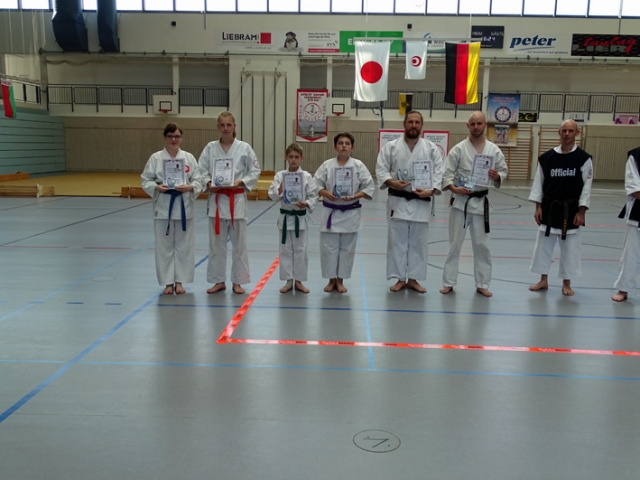 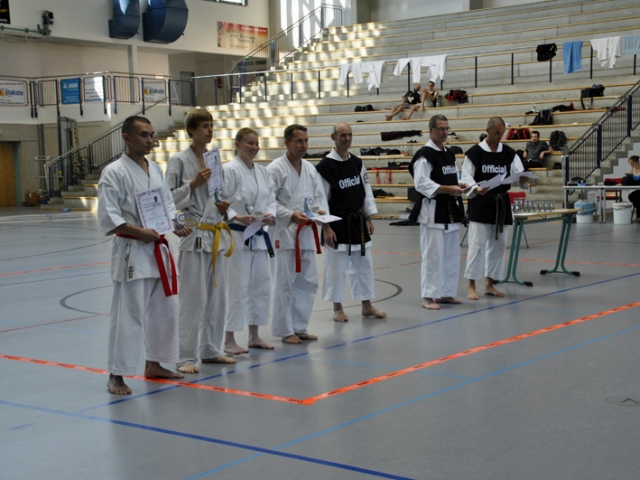 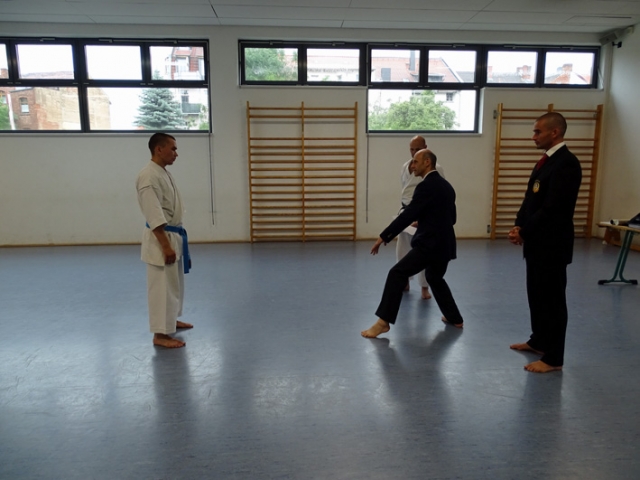 Unfortunately, Tamayose Kaichô could not be present this year, since he is involved in the organization and planning of the Kobudô World Tournament in Okinawa taking place in the beginning of August. Therefore the instructor crew around Frank Pelny consisted of Sebastian Edelmann (Halle/GER, 4th DAN), Hagen Walter (Jena/GER, 3rd DAN) and Pierre Lorenz (Leipzig/GER, 3rd DAN).

The rather high temperatures did not impede everyone’s good mood. Everyone trained hard and industriously and managed to improve one or another technical detail.

In the evenings everyone gathered to join in jovial get-togethers at the Dôjô of the Karate-Do-Kwai Nordhausen: on Friday the welcoming party took place, on Saturday we had a Sayônara-party. The assiduous helpers from the Karate club of Nordhausen did a great job in making everyone feel utterly comfortable.

We owe thank to all participants and helpers. We are looking forward to the Europe Gasshuku 2016 – with our master Tamayose Sensei again.